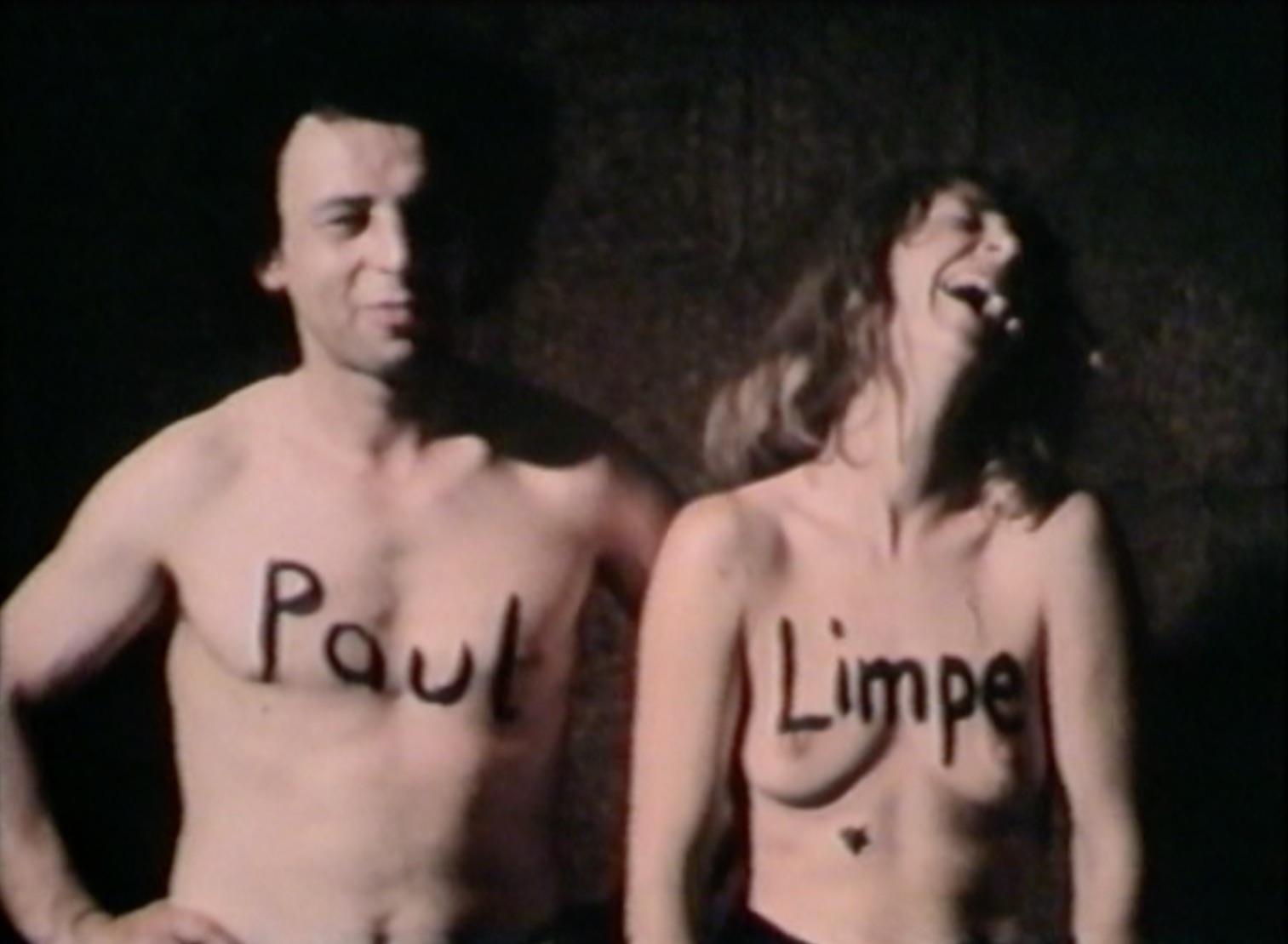 Made for German television in 1972, this rare film documents Anima-Sound (duo Limpe and Paul Fuchs) as they caravan across Europe in a homemade trailer pulled by a tractor, intermittently setting up outdoor performances for (often bewildered) bystanders. The film simultaneously captures the nascent countercultural energies of post-1968 Germany, detectable in the Fuchs’ otherworldly improvisations, and the day-to-day of living on the road as the couple tends to their two young children.

The screening will be followed by a conversation between Limpe Fuchs and Blank Forms Artistic Director Lawrence Kumpf.

Limpe Fuchs is a German sound artist and instrument builder whose vibrant performances develop from a real time engagement with the ecology of the space at hand. Using wood and granite stone rows, ringing bronze within pendulum string instruments and employing the percussion, viola and voice she studied at the Munich Conservatory she sensitizes the process of hearing through an exploration of music-making as a part of everyday life. An original member of ‘70s Krautrock duo Anima Sound, Limpe and then husband sculptor Paul Fuchs embodied a radical form of free living, farming and building instruments like the Fuchshorn, Fuchszither and Fuchsbass at a professional metal workshop in their Pfarrhof—a thousand-year-old former priest house—in rural Bavaria. In 1971 they hitched a handmade mobile home and stage to an old Hanomag tractor and toured Europe bringing their anarchic, uncompromising improvisations to an impromptu public at 19 kilometers per hour. A champion of egalitarian performance, Limpe quit the group in the ‘80s when new experimental theatre work demanded agreement with more members and she felt that her voice was being compromised. Ever since she has devoted herself to “making music while listening to the streaming of time…with simplicity and emotion”, following the influence of soundscape artists. Whether improvising solo or with other players, Limpe unfailingly coaxes an otherworldly atmosphere from the sounds and silence of her surroundings with a childlike wonder, always open to surprise.