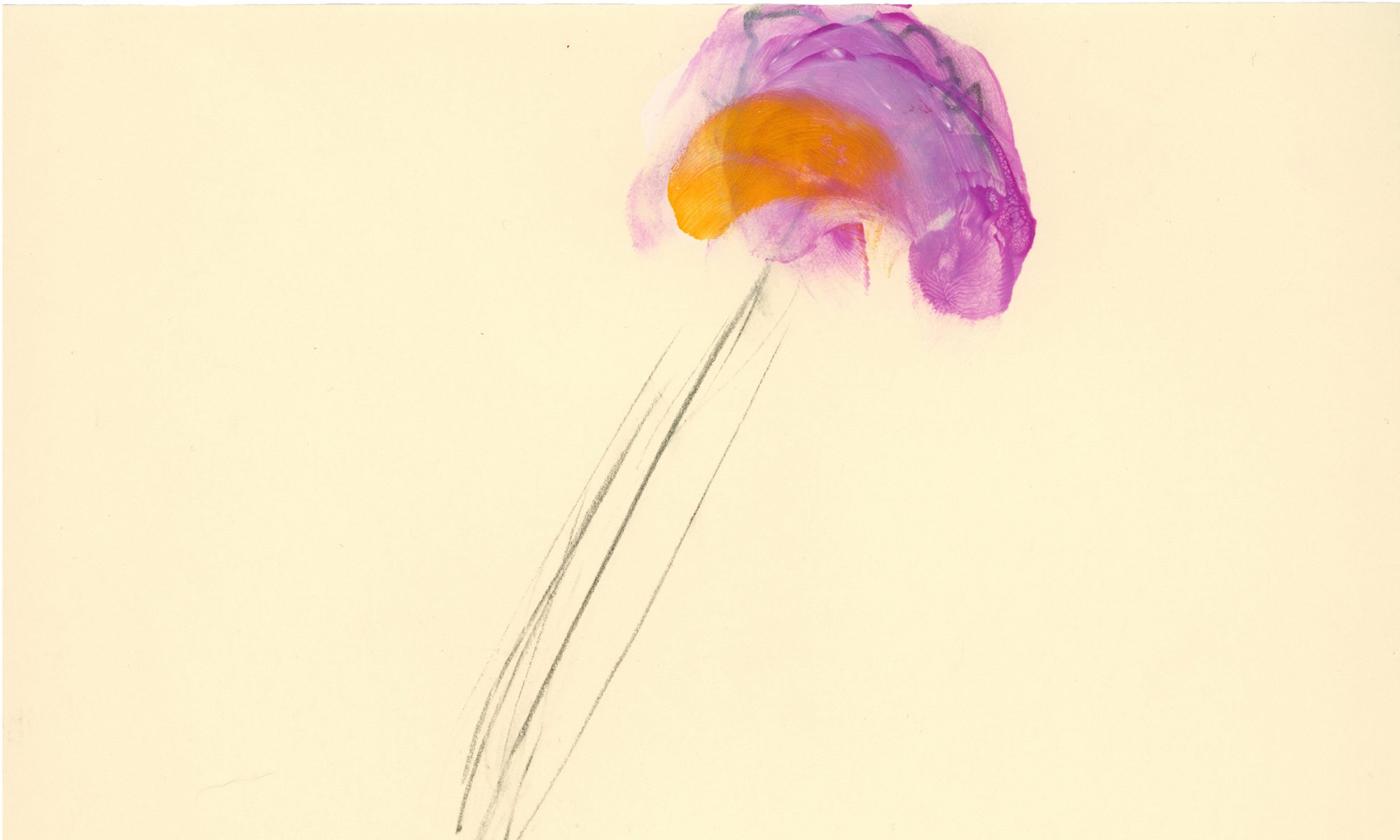 Though he’s best known as a guitarist who, over the past forty years, has developed one of contemporary music’s most inimitable styles, Loren Connors (b. 1949) was a painter first, having studied visual art for five years at Southern Connecticut State College, in his hometown of New Haven, under the sculptor Michael Skop. Indeed, when Connors was starting to make music he took inspiration from art, in particular from 1950s painters such as Mark Rothko and Franz Kline. Accordingly, Connors’ visual art and his music reflect similar approaches, with both parts of his practice marked by open forms, light touches, and sweeping gestures—visual or aural indexes of the creative act. While Connors has exhibited this visual work in group settings, including Sonic Youth’s touring exhibition Sensational Fix (2009), Wildweeds is his first-ever solo show.

Wildweeds features a series of new paintings and a selection of recent drawings. All of the works continue an ongoing series of flower images, drawn or painted in the past few years with an economical hand, a quality not unlike the impressionistic character of Connors’ guitar playing. Connors has explicitly considered the relationship between the paintbrush and the guitar throughout his career, on albums such as Blues: The “Dark Paintings” of Mark Rothko (1990), a musical response to the late painter’s final works, and by creating album artwork—often by hand, even since being diagnosed with Parkinson’s Disease in 1992—for his own, limited-release recordings. The painted flowers in this exhibition are in direct conversation with Connors music and its liminal location between the rustic, natural world and other spheres of being. Rendered with acrylic on canvas, these monochrome flowers possess skeletal forms and rootless bases that together promote fluid, subjective readings of their classification of whether they are alive or dead. The works on paper take similar form, offering a spectral image of flowers in imagined wilds.

Wildweeds is presented in conjunction with the release of Connors’ Unaccompanied Acoustic Guitar Improvisations Vol. 10, by Blank Forms Editions. The album, featuring archival material recorded at the Creative Music Studio in 1980, represents the artist’s continuing exploration of musical form, the guitar’s capabilities, and the relationship between improvisation and composition. The record is released in an edition of 400 with hand-pasted covers, plus an art edition of 100, with each copy featuring a unique, hand-drawn and -painted cover by Connors.