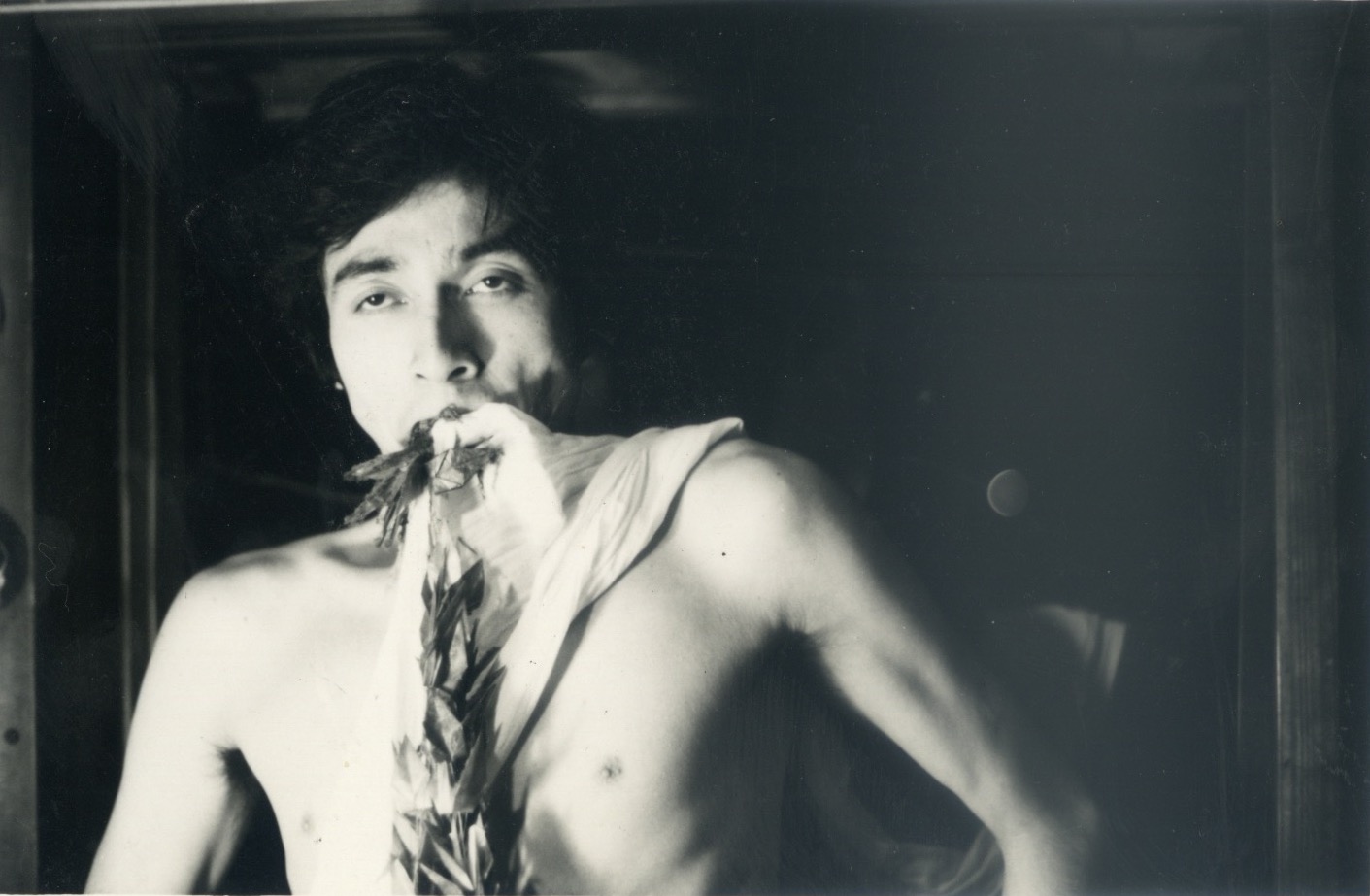 Known as the “screaming philosopher” for the guttural exorcisms of his voice at its most extreme, Kazuki Tomokawa’s mercurial songs in turn exude the soulful lyricism of a troubadour’s life lived to its fullest, on the furthest edge. A poet, singer, artist, bicycle race tipster, essayist, actor, and drinker, Tomokawa’s devastating music radiates such immediacy that it begs for the authentication that his down-and-out vagabond’s biography can’t help but verify. He found his voice in Tokyo’s freewheeling 1970’s underground, setting harrowing verse inspired by Osamu Dazai and Hideo Kobayashi to primal guitar playing for an ongoing string of avant-folk recordings as frenzied as they come. Until recently sung exclusively in Japanese, both the madness and introspection of his ragged delivery transcend the limitations of any individual language. Since 1993 he has recorded, alongside artists like Fushitsusha, Keiji Haino, and High Rise, for the venerable PSF Records label. His New York appearance with Blank Forms marks his first-ever performance in the United States.

Greene Naftali is located near the 23rd St A/C/E trains and is accessible from street level. Restrooms are wheelchair accessible and non-gender-segregated.  If you have specific questions about venue accessibility, please write at least three days before the event and we will make every effort to accommodate you.