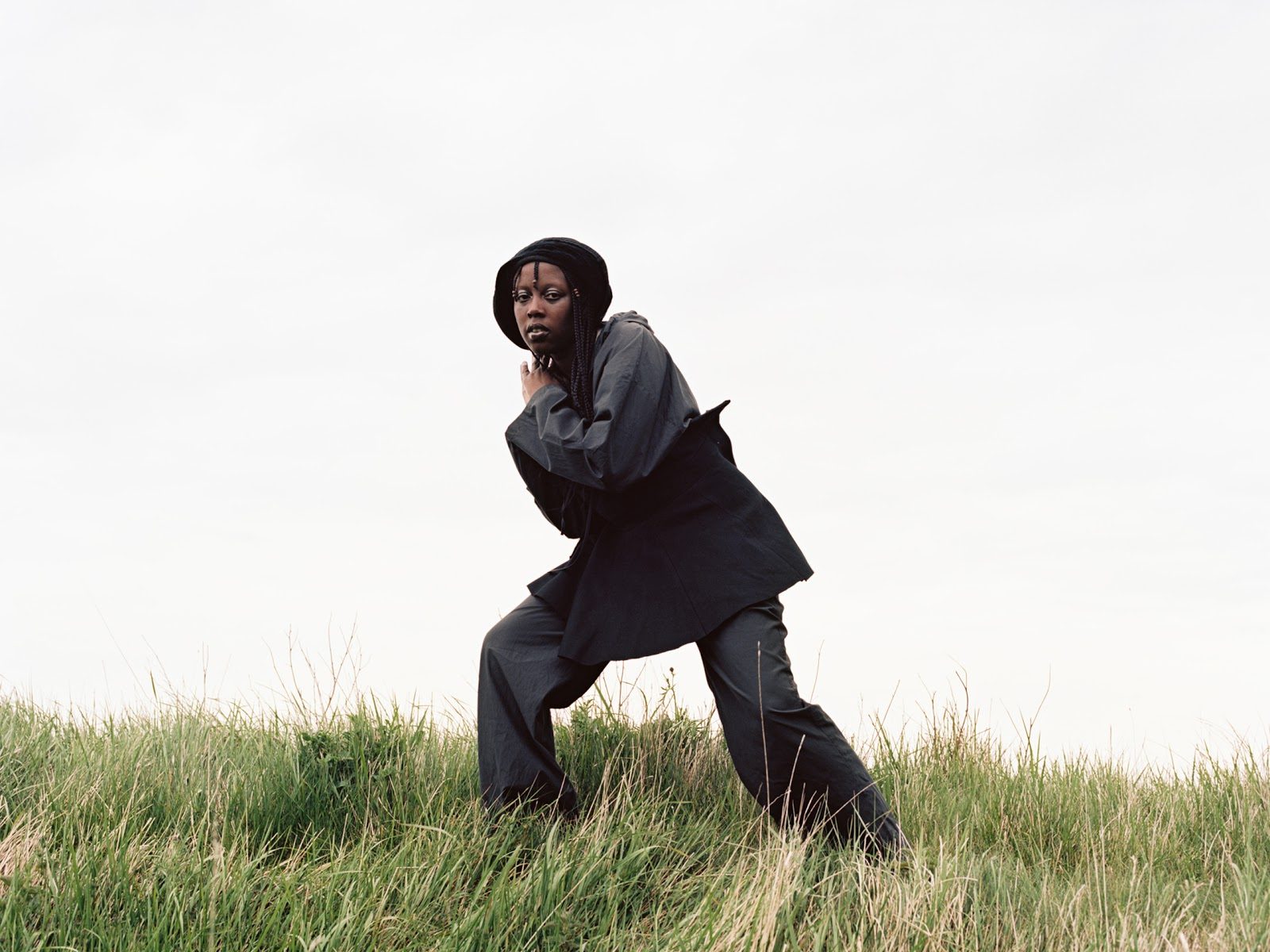 Klein is funny as hell

Klein is a South London-based musician who has been producing beguiling, shamelessly disjointed electronic songscapes since her self-released 2016 debut. Using notoriously erratic audio editing software Audacity as a canvas for cut-up, pitch-shifted, and contorted cell phone recordings of her own voice, piano, and guitar playing, quotidian sounds, and samples from childhood Nigerian B movies, Klein’s playfully brooding assemblages seem to creak under their maximalist weight, their own construction made brazenly audible. Her techniques echo the idioms of musique concrète and industrial music—with crude, static loops and busted glitches that resist pop convention—but, Klein insists, her influences and ambitions lie with gospel, Pavarotti, the musical theater of Andrew Lloyd Webber, and the R&B of Brandy and Rodney “Darkchild” Jerkins rather than the staid institution of orthodox experimental music. Indeed, “Prologue”, the opening track on her 2017 Hyperdub debut Tommy, shows Klein imitating Toni Braxton and self-reflexively noting her impulse to “pretend to be Mariah Carey, like, that’s clearly what I want to do” before a chorus of her friends’ warbled autotune introduces a suite that perversely avoids the fractured, infectious R&B of her music at its most accessible. Her propensity for an ebullient postmodern opera has recently found life in the form of musicals. The most recent, Care, a coming-of-age fantasy set in a care home, was directed and scored by Klein and performed at London’s ICA in February.

Gavin Brown’s enterprise is fully accessible and ADA compliant.  Please write at least three days before the event and we will make  every effort to accommodate you.