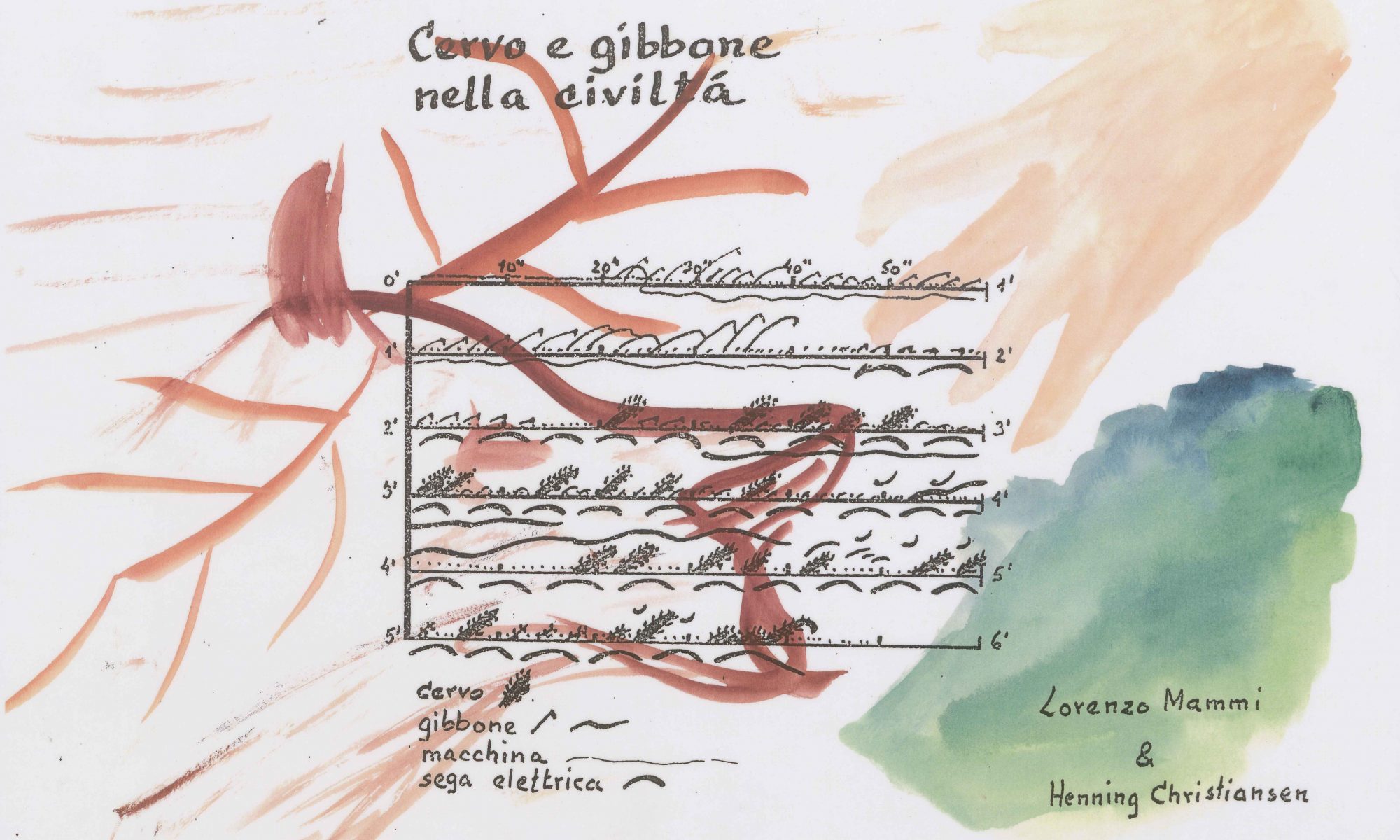 By the ’80s Henning Christiansen had turned his attention to animals, starting with 1985’s Symphony Natura, recorded at the Roma Zoo and incorporating the sounds of gibbons, cockatoos, bears, seals, wolves, deer, and other monkeys and birds into an eccentric mélange of tape and resonating glass bowls; more focused projects employing the sounds of sheep and canaries would follow in the ensuing years. Wild/Captive is a new adaptation of Symphony Natura by Finnish artist Lau Nau, made for electronic drones and animal sounds, exploring the musical and ecological thematics of wilderness vs. captivity as well as the paradox inherent in representing the wilderness—taken captive through recording—in concert.

Lau Nau is the nom de plume of Finnish singer/songwriter Laura Naukkarinen. Residing on the sparsely populated island of Kimito, her organic music breathes the organic atmosphere of her seaside environment into influences from ’70s psychedelic folk to foster a distinctly Scandinavian melancholy. Alongside a cornucopia of acoustic instruments, electronics, toys, and everyday objects at her disposal, Lau Nau’s delicate soprano floats upon a spectral web between song and simple sound. A participant in Finnish ensembles Avarus, the Anaksimandros, Kiila, Kemialliset Ystävät, and Päivänsäde, Lau Nau also composes for films and teaches music to young children throughout Europe.

Having turned towards visual work in his later years, Christiansen saturated his paintings and sculptures of phones, ears, birdcages, and hammers with the elementary colors that marked his biography—green for nature, red for communism, and yellow for canaries. The mantras that accompany these works—“I am alone with my phone,” “save the nature use Fluxus”—remain prescient ecological and technological apprehensions. Graham Lambkin and Áine O’Dwyer present Cyclic Ancestry, an amplified choreography that pays homage to Christiansen’s environmental concerns, set to a mutation of his sound work.

Graham Lambkin is a multidisciplinary artist who first came to prominence in the early ’90s through the formation of his experimental music group The Shadow Ring. A sound organizer rather than music maker, Lambkin looks at an everyday object and sees an ocean of possibility, continually transforming quotidian atmospheres and the mundane into expressive sound art using tape manipulation techniques, chance operations and the thick ambience of domestic field recordings. Alongside Penultimate Press, Lambkin’s now-defunct Kye Records was the first contemporary imprint to reissue Henning Christiansen’s work.

Áine O’Dwyer‘s practice lies somewhere between her role as a vocalist, musician, accompanist, improviser, composer, performer, listener, sonic Stalker, and audience member. In recent years, the pipe organ has become an integral site for her experimentation, culminating in the albums Locusts and Gegenschein. Last year’s Gallarais experiments with acoustic decay and was developed during her self-made residency at the Brunel tunnel shaft in London. All three releases celebrate her interests in found and forgotten spaces, chance choreographies, acoustic phenomena, the act of listening, and the search for alternative scorings through a combined performativity of instruments, drawings, space, time, memory, and the body. Past solo releases include Anything Bright or Startling? and Music for Church Cleaners.