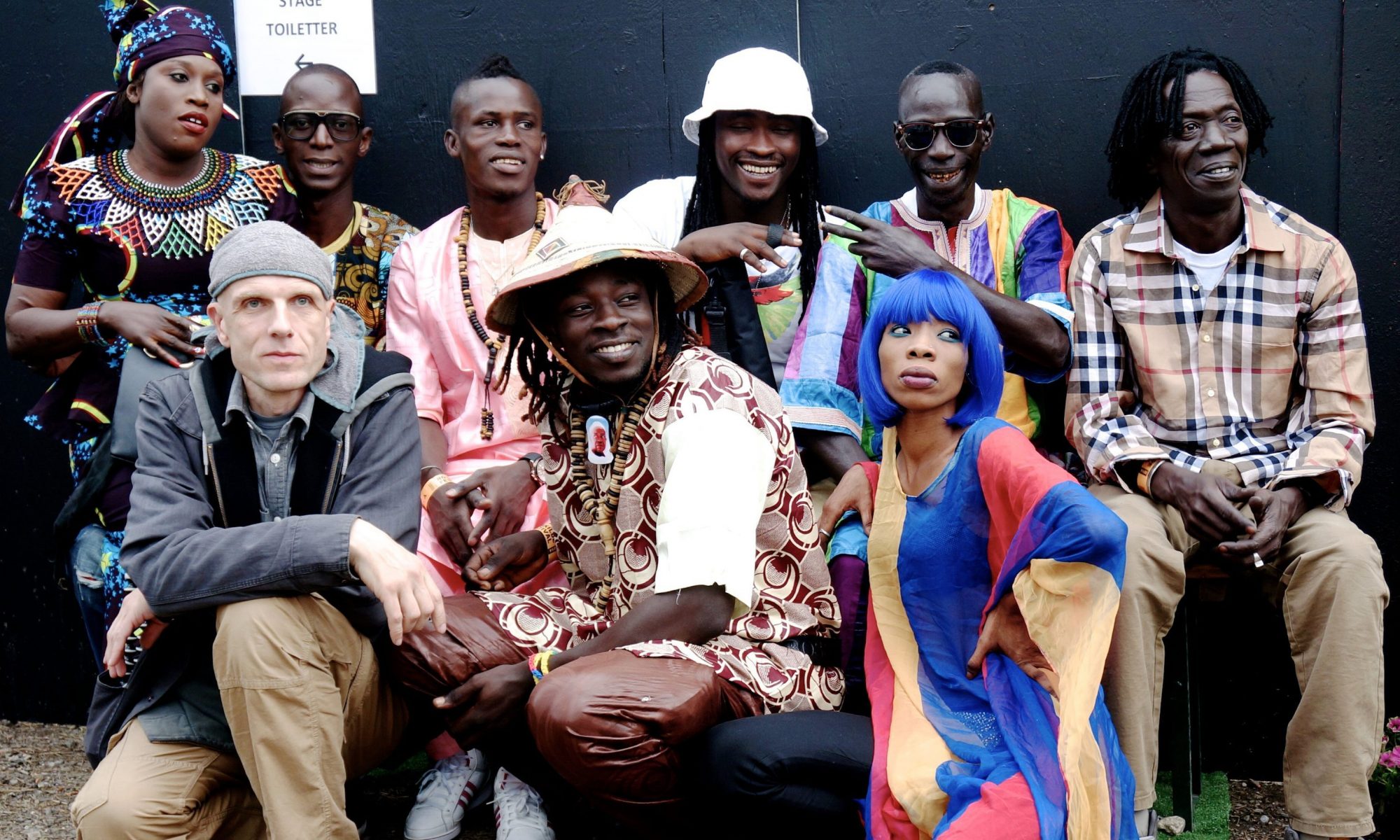 Mark Ernestus’ Ndagga Rhythm Force is a collaborative project between a revolving assembly of Senegalese sabar musicians and German techno pioneer Mark Ernestus, their hybrid sound honed through many iterations of intercontinental exchange. A 2007 encounter with a Gambian DJ team turned Ernestus on to mbalax, a Senegalese polyrhythmic dance music developed in the early ‘70s and based on rhythms from the sabar, a family of drums with a thundering beat and history of use for communication with neighboring villages up to 10 miles distant. Ernestus soon travelled to Dakar in search of the elusive music and its creators, but wound up recording with an impromptu ensemble of over 20 mbalax musicians and percussionists, including veterans of the bands of Senegalese legends Baaba Maal and Youssou N’Dour. Over the course of two years of return trips, the sessions yielded seven records of hypnotic, dub-inflected mbalax, released under the name Jeri-Jeri. Crystallizing into a core unit of 12 musicians for intensified collaboration, Ndagga Rhythm Force—named in reference to legendary Bronx dub session band Wackies Rhythm Force—was formed in 2014, distilling the mbalax sound into a more minimal iteration that has been described as an “expression of a dream Dakar-Berlin nexus.”

Recording with Ndagga Rhythm Force, Ernestus provides crisp, bare-bones drum program editing as propulsive reinforcement for the musicians’ dexterous cascades of syncopated sabar, drum kit, and talking drum percussion workouts that flutter across time. Dense polyrhythms interlock so tightly as to provide ample frequency space for the group’s sequencer-like marimba synth and vivid Wolof singing, intermittently dubbed with gentle ripples of delay by Ernestus. Frenetic, yet rooted in a lurching dubwise sensibility, their heady grooves exist simultaneously on fast and slow planes of movement, a rolling pulse at once ready for club transmission and cross-cultural communication.

Mark Ernestus is an innovator of electronic music who pioneered the genres of minimal and dub techno in the 90s. Working under a range of aliases that include partnerships with Moritz von Oswald as Basic Channel and Maurizio, he produced timeless, monumentally nerve-pummeling records that despite ever-shifting tides of dance music trends have never gone out of print. Having founded the legendary Hard Wax shop in 1989 as Berlin’s first shop specializing in house and techno, collaborated with Jamaican singers for the more dub-oriented Rhythm & Sound project, and remixed the likes of Tony Allen and Konono Nº1, Ernestus has for 30 years engaged with Caribbean and African idioms on their own terms, creating symbiotic forms rather than the subjugating fusions of much “world music”.