Philip Corner: 2 chords of the Rose+Cross by Satie…as a revelation 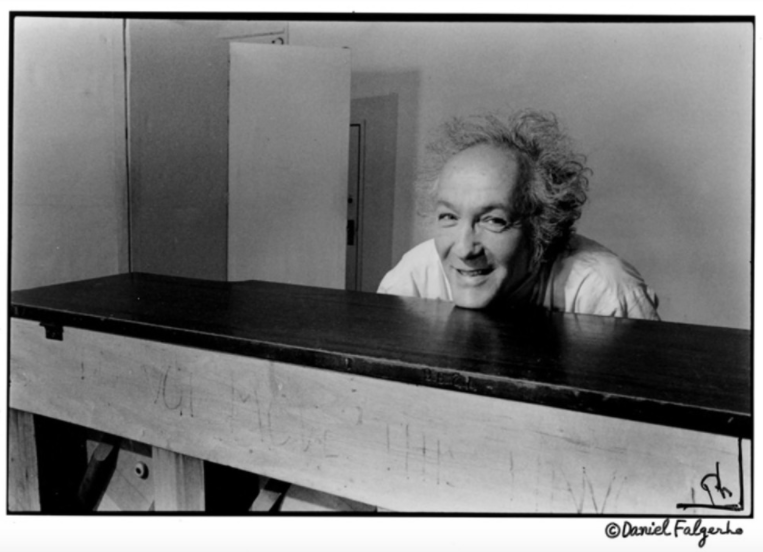 Philip Corner (b. Bronx, NY 1933) is a composer, performer, and visual artist whose work explores the intermedia between music and philosophy in the pursuit of an ultimate simplification of musical material. Having studied with Henry Cowell and Olivier Messiaen as well as playing on two volumes of Folkways’ Charles Ives recordings, the consummate pianist has nevertheless spent a career upsetting hierarchies between technique and aesthetic richness, sound and silence, and the occident and orient. While on military duty in South Korea in 1960 and 1961, Corner studied calligraphy with Ki-sung Kim, who gave him the name Gwan Pok, or Contemplating Waterfall. A founding participant of Fluxus, his numerous indeterminate event scores—including food pieces, piano dismantlings and cleanings, one note events, love scores, and sound walks—are distinguished by the incorporation of such decorative script into poetic graphic notation frequently evocative of Zen koans. He was a resident composer and musician for the Judson Dance Theater from 1962 to 1964, collaborating with key figures in contemporary dance including Yvonne Rainer, Lucinda Childs, and Elaine Summers. In 1976 he cofounded Gamelan Son of Lion, a still-active new music ensemble that has performed many of Corner’s gamelan pieces, which number in the hundreds. Flowing from the belief that resonant metal is so inherently beautiful that it denies the necessity of art, Corner’s ongoing Metal Meditations reduce the performance of gongs, bells, metal percussion, and industrial material to their most elemental state, dispensing with self-expression in favor of a rough hewn serendipity. Since 1992 he has lived in Reggio Emilia, Italy with his wife and collaborator, dancer Phoebe Neville.

In 1963 Corner was among a group of pianists selected by John Cage for the first performance of Erik Satie’s Vexations, a marathon concert that lasted over 18 hours and provided a model for its realizations to come. Following a lifelong engagement with the French gymnopedist’s compositions, Corner in 2013 recorded Satie Slowly, a 2 CD set of patient interpretations that take Satie’s indication “lent” seriously, resisting the added expressivity plaguing so many of his less careful interpreters. For his concert with Blank Forms, Corner performs 2 chords of the Rose+Cross by Satie…as a revelation, a piano piece that incorporates a Hörspiel recorded by Corner in 1990 and is based on the chords of Satie’s “Première Pensée Rose+Croix”, always within the spirit of his injunction “Avoid all sacrilegious exaltation”. After an intermission, Corner will offer a selection of the pieces featured on Satie Slowly, by audience request.

Organized by Lawrence Kumpf and Tommy McCutchon of Unseen Worlds.

We are grateful to the Solomon R. Guggenheim Museum for bringing Corner to New York. He will be participating in their all-night presentation of Vexations on September 26th-27th, a public program held in conjunction with the exhibition Mystical Symbolism: The Salon de la Rose+Croix in Paris, 1892–1897.