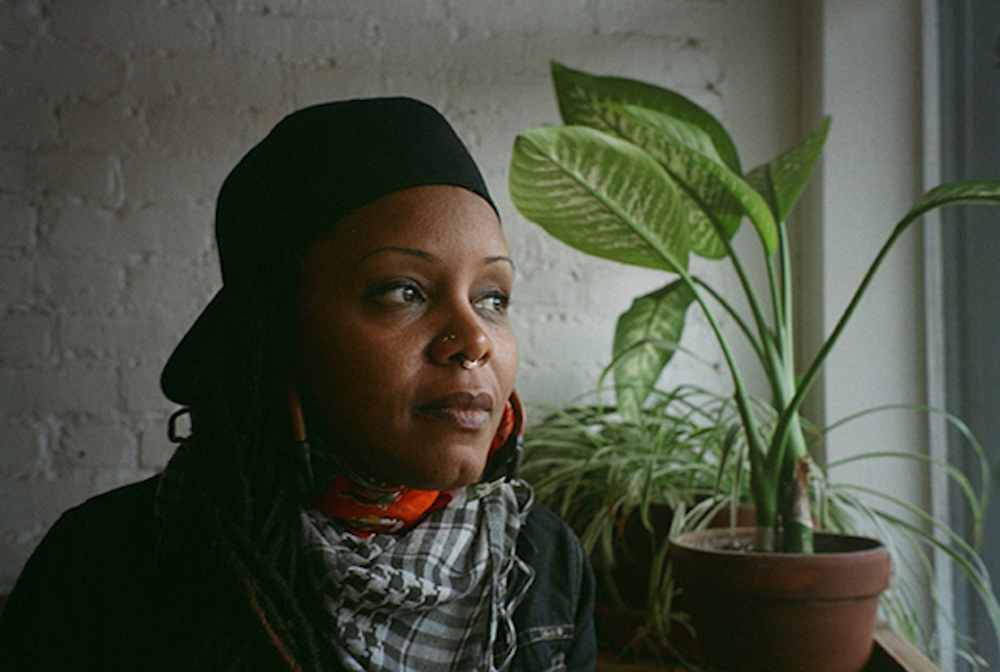 Treating her residency as an open studio, Matana Roberts will use her time in the park to create a video and graphic score in real time, fleshing it out as a one woman sound piece and, on occasion, invite collaborators to workshop ideas.

“…Breathe…” is part of a conceptual sound cycle exploring the rise of militarized police on a global political level. This specific segment focuses on a non-linear imaginary interaction between a police officer and a civilian, zeroing in on a quantum leap moment existing between time and unnecessary violence to demonstrate the possibility of drawing human commonality between two unlikely sources. Treating her residency as an open studio, Roberts will create her video and graphic score in real time, fleshing it out as a one woman sound piece and, on occasion, invite collaborators to workshop ideas:

To breathe is to question, to document, to give voice…

To breathe is to challenge, instigate, uplift….

To breathe is to let our stories live, evolve and remind us of the importance in these agonizing times of saying No! to suspect information, saying No! to those who want to doubt spirit and hope, saying No! to anything that makes us feel any less than who we inherently are….

We breathe because we are.

Chicago-born, NYC-based alto saxophonist Matana Roberts is an internationally renowned composer and bandleader whose work has forged new conceptual approaches to considering narrativity, history, community and political expression within improvisatory musical structures. A past member of the Association for the Advancement of Creative Musicians (AACM), and the Black Rock Coalition(BRC), she prefers the term “sound experimentalist” to the historically charged “jazz musician” to refer to her multidisciplinary work, which also encompasses theater, poetry, dance, and most recently visual art. Since 2006 Roberts has developed a visionary 12-chapter project called Coin Coin, inspired by the nickname of freed slave and businesswoman Marie Thérèse Metoyer, who established a well prospering Creole community in Louisiana. Drawing from the intertwining narratives of her own genealogical research and fragments of African-American history—from the slave trade through Reconstruction and the civil rights movement to the current climate of racial turmoil—Roberts offers a nearly anthropological examination of music, storytelling, and the long, diverse trajectories of the African diaspora in America. Her compositional approach, which she calls “P.S.Q.: Panoramic Sound Quilting”, employs collage-based paper and digital graphic scores as a basis for new music composition, improvisation and her bricolage of work songs, lullabies, spirituals, poetry, electronics, and primal screams. She has collaborated with Roscoe Mitchell, Jayne Cortez, Merce Cunningham, Jem Cohen,Rob Mazurek, Henry Grimes, Vijay Iyer, Nicole Mitchell and Pauline Oliveros to name but a few, and has been invited to lecture and teach extensively.

On September 14th at 8PM, Roulette hosts Matana Roberts: “breathe…”, a performance by Roberts marking the culmination of the work of her Prismatic Park residency.