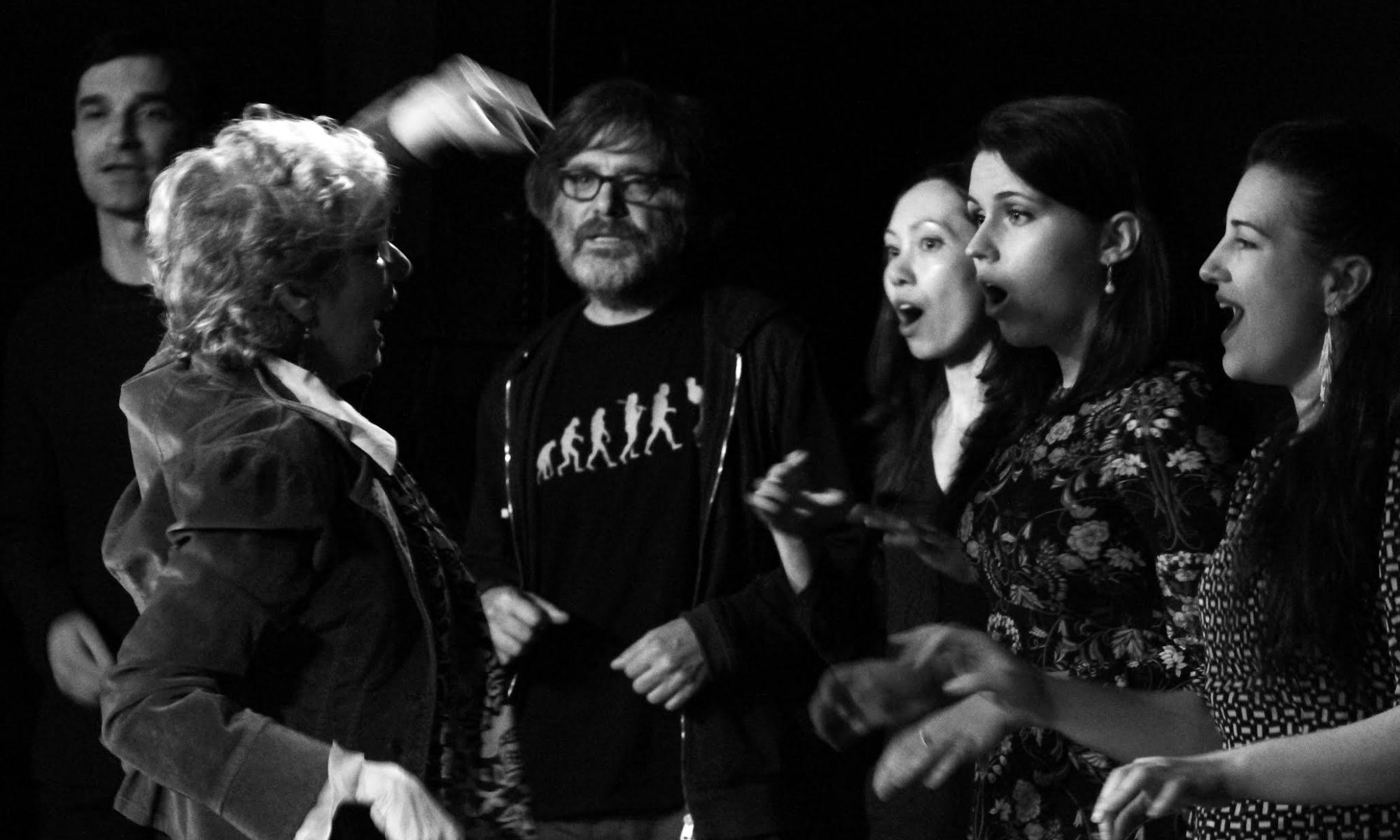 As part of her Prismatic Park residency, Shelley Hirsch will conduct two small workshops focusing on locating vocal resonances in the body, using movement to trigger sound and language, and drawing upon surroundings for material in a direct and spontaneous way. Space is limited to 20 participants.

Book-Bark-Tree-Skin-Line is a celebration of language centered on an investigation of the words of the title—book, bark, tree, skin, line—and their etymological, poetic, mnemonic, and sonic properties. Shelley Hirsch has written a text score and composed a multi-track recording featuring her voice which will be used as a template for its own elaboration through a series of public workshops and group collaborations. Drawing upon her ongoing workshop “Explore Your 1000 Voices”, Hirsch has assembled a diverse chorus of musicians and improvisers who speak several languages and play various styles of music to participate in this experimental work-in-process. During open rehearsals in the park, Hirsch will work collaboratively with the vocalists/musicians to create sung and spoken parts for their particular talents to be performed in varied formations, including sections of solos and improvisations, throughout her residency. Hirsch will also be recording interviews with park-goers about their associations with the words of the title, to be edited and added to her pre-recorded material. For the final presentation she will improvise with these collected associations, conduct the members of the chorus, and prompt the audience to engage in an extended choir. Hirsch’s compositions for voice and tape are often collaged from an enormous variety of musical styles and vocal techniques. Book-Bark-Tree-Skin-Line is a continuation of this compositional practice and lifelong fascination with the way that language, stories, and song grow out of primal vocal utterance and voiced gestures intrinsically located in the body.
Prismatic Park features three large sculptures of painted wood and prismatic glass by Josiah McElheny on view from June 13th through October 8th at Madison Square Park. These minimal, almost architectural forms are intended to create new performance spaces within the park, each functioning as an open stage-like platform for a different medium curated by each of three nonprofit organizations. Along with Danspace Project and Poets House, Blank Forms has been invited to commission ambitious new work that summons the potential for imagination, creativity, and performance inspired by the spontaneous audiences and chance encounters that only a public place can offer. Inhabiting a curvilinear, translucent blue sound wall for six weeklong residencies that may include rehearsals and workshops in addition to performances will be Lea Bertucci, Ánde Somby, Joe McPhee & Graham Lambkin, Shelley Hirsch, Matana Roberts, and Limpe Fuchs. Full schedule and details coming soon.