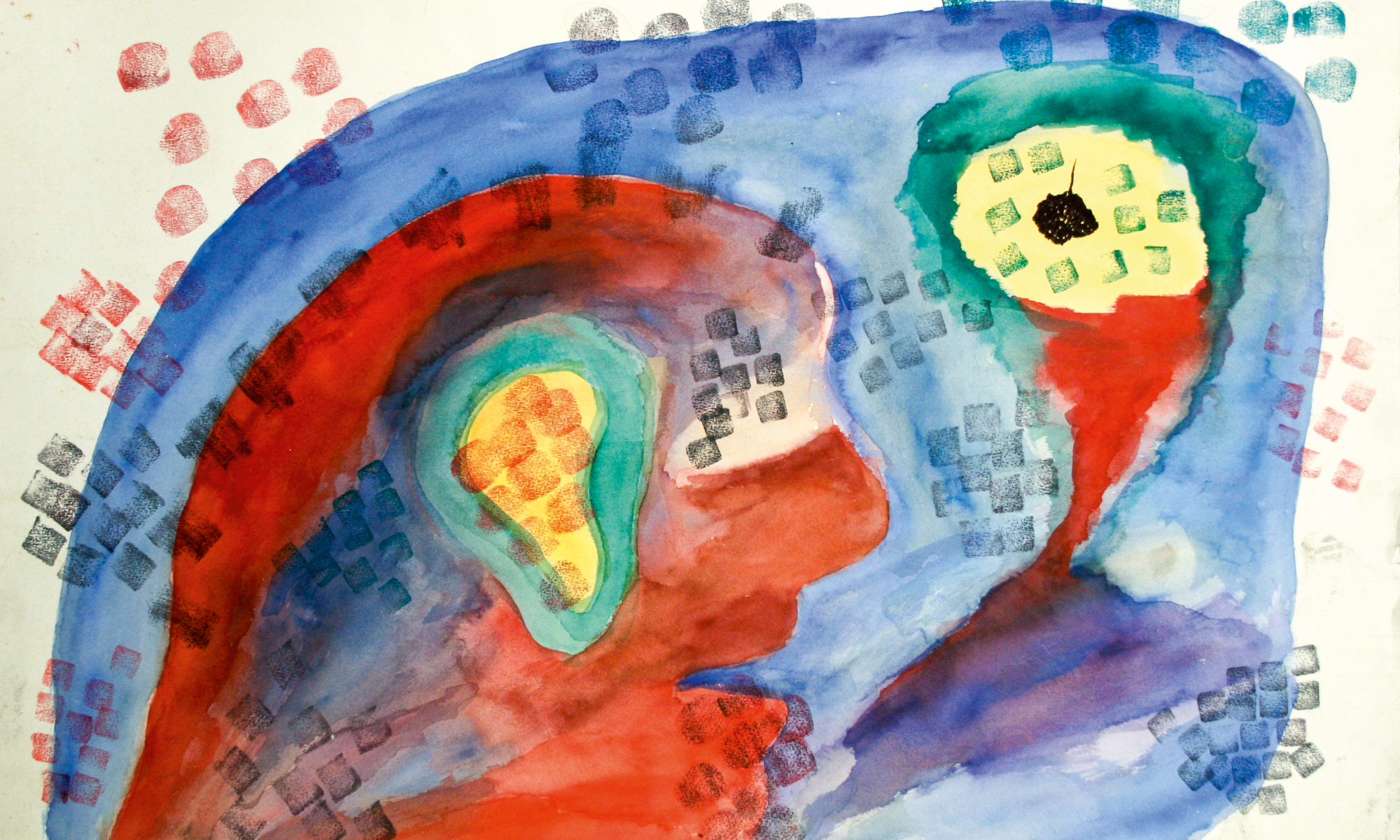 Werner Durand, Mark Harwood, and Ute Wassermann: REALITY IS AROUND THE CORNER

Two of Henning Christiansen’s past collaborators, Werner Durand and Ute Wassermann, team up with the contemporary publisher of Christiansen’s audio works, Penultimate Press’ Mark Harwood, for a Henning-flavored symbiosis of sonics, light, and performance. Incorporating rarely heard recordings from the Henning Christiansen archive, REALITY IS AROUND THE CORNER—for tape, voice, bird whistles, invented wind instruments, stones, objects, and speakers—will invoke the spirit of Henning’s unique output while remolding it for today’s disorienting age.

Werner Durand (b. Karlsruhe, Germany 1954) is a composer and performer of traditional and self-made wind instruments in a minimalist style characterized by rich layers, textures, and rhythmic effects achieved using digital delays. In 1976 and 1977 he studied the saxophone with Ariel Kalma in Paris while participating in Parisian saxophone ensemble Urban Sax, before going on to study Indian classical music with Kamalesh Maitra and Iranian Ney with Ali Reza Asgharia. In 1986, he contributed to Henning Christiansen’s soundtrack to Ursula Reuter Christiansen’s film Den Røde Skov (The Red Forest), and in 1990, Christiansen in turn created the tape piece UMWÄLZUNG for Durand to use in a performance at Ballhaus Naunynstrasse. Besides various projects with his primary partner, the Dhrupad  singer Amelia Cuni, Durand has also collaborated with the likes of David Behrman, Arnold Dreyblatt, Muslimgauze, David Toop, and Catherine Christer Hennix.

Mark Harwood is an Australian publisher, event curator, and sound artist residing in London. Under the guide of Astor, he records and performs music that deploys a wide variety of techniques including field recording, musique concrète, and thrift shop electronics. All of these forms are approached with a sense of bypassing the clichés embedded within in order to coerce a sound world which is simultaneously contemporary, foreign, beautiful, harrowing, and engaging. In a live setting Harwood’s improvised audacity treads the line between pathos and comedy, entertainment and the absurd. He is known for his collaborations with Áine O’Dwyer and Graham Lambkin, and for his record label Penultimate Press, the first contemporary imprint to investigate Henning Christiansen’s archives.

Ute Wassermann is a voice artist, composer, and improviser known for her extraordinary, many-voiced, and extreme vocal sound-language. She studied visual art at the Academy of Fine Arts in Hamburg with Henning Christiansen and Allan Kaprow, among others, and knew and worked with Christiansen for 20 years. Ute’s unique language takes the voice beyond itself, disconnecting from the human to create a sound world of birds, machines, and electronics. She further extends the voice using bird whistles, palate whistles, speaker objects, resonators, field recordings, and light. Wassermann has performed internationally in both solo and group contexts and has given premieres of numerous works composed especially for her voice, including pieces by Henning Christiansen. Recent commissions for compositions include Chirrup for mixed choir, PianObjects for 2 pianos, objects, and video, Pneuma for voice and talking machine, and habitat imaginario, a site-specific 8-channel-composition for voice, bird whistles, and field recordings.

The hammer was an enduring image in Henning Christiansen’s practice. It was a sledgehammer that Ex-School coconspirator Poul Gernes banged into a piano already abused by Nam June Paik two years before, during a 1963 Fluxus action that resulted in Christiansen’s dismissal from the Royal Danish Academy of Music. The instrument—a symbol at once of destruction and of liberation—also appears in Christiansen’s visual output from the 1980s onward, including his HAMMERMUSIK and many “peaceful hammers”, some painted green.

180 Hammer Blows Against War Monkeys was first performed at Gallery Forward (Gallery Vorsetzen) in Hamburg, Germany, on the 27th of May, 1988, with action music by Henning Christiansen and sound work by Ernst Ludwig Kretzer. Christiansen performed sledgehammer blows on a piece of iron while counting from 1 to 180, an action in opposition to the 2% of the world population producing arms and waging war.

In 2018, we still have the war monkeys and the production and sale of weapons, so Christiansen’s youngest son Thorbjørn will bring his father’s sledgehammer to New York for a reenactment of the action.